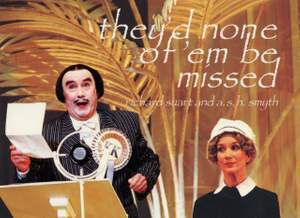 They'd None of 'em be Missed

Richard Suart, heir to the great Gilbert and Sullivan singers of the past, has made the role of KoKo, Lord High Executioner, his own. Over the last twenty years his topical version of the "Little List" song has become a focus of audience expectation and hilarity. In this book, he looks back over the Lists that have raised such laughter at the Coliseum and at the history of this immensely malleable song, taking in previous performers such as George Grossmith, Martyn Green, Groucho Marx, Frankie Howerd and Eric Idle -not to mention poets as varied as John Hollander and Tim Rice. Illustrated with 56 colour and 45 b/w illustrations, many never previously reproduced, this is a delightful biography of one of the most entertaining songs in the English language.