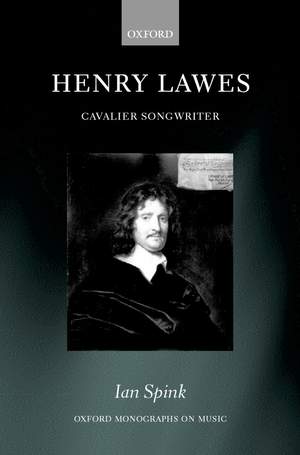 Spink tells us with breathtaking candour: "The fact that most of his songs are short and restricted in their musical range makes writing interestingly about them rather a challenge." Given this... — The Times More…

Henry Lawes (1596-1662) has long been acknowledged as the most important and prolific English songwriter between the death of John Dowland in 1626 and the birth of Henry Purcell in 1659. He is celebrated as Milton's collaborator in Comus (1634). Although he wrote some church music, Lawess significance as a composer lies in his settings of many of the choicest lyrics by Cavalier poets such as Carew, Herrick, Suckling, and Waller-who, like Lawes himself, belonged to the brilliant court of Charles I. This book combines an account of his life with a study of his development as a songwriter during this fascinating historic period. Following the execution of the King in 1649, Lawes played an important part in establishing concerts in London during the 1650s, and was one of the composers of the first English opera, Davenant's The Siege of Rhodes (1656). At the Restoration he set Zadok the Priest for the coronation of Charles II, but died the following year. The last book on Lawes appeared in 1940, since when the importance of his songs has been increasingly recognized-thanks in part to Ian Spink's own previous study, English Song: Dowland to Purcell (1986), and his edition of Cavalier Songs: 1625-1660 for Musica Britannica.