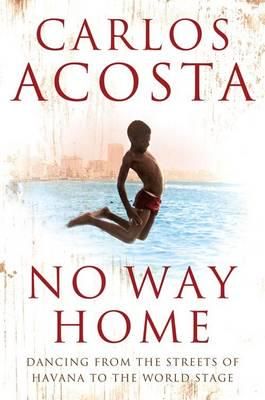 The life of the ballet dancer Carlos Acosta has all the hallmarks of a bestseller...in "No Way Home" Acosta's voice is instantly likeable, and you follow his discovery of the trappings of the... — Financial Times More…

The rags-to-riches story of one of the world's greatest dancers, from his difficult beginnings living in poverty in the backstreets of Cuba to his astronomical rise to international stardom.

In 1980, Carlos Acosta was just another Cuban kid of humble origins, the youngest son in a poor family named after the planter who had owned his great-great-grandfather. With few options and an independent spirit, Carlos spent his days on the streets, dreaming of a career in football.

But even at a young age, Carlos had extraordinary talent. At nine, he was skipping school to win break-dancing competitions as the youngest member of a street-gang for whom dance contests were only a step away from violence. When Carlos's father enrolled him in ballet school, he hoped not only to nuture his son's talent, but also to curb his wildness. Years of loneliness, conflict and crippling physical effort followed, but today the Havana street-kid is an international star.

This magical memoir is about more than Carlos's rise to stardom, however. It is the story of a childhood where food is scarce but love is abundant, where the soul of Cuba comes alive to influence a dancer's art. It is also about a man forced to leave behind his homeland and loved ones for a life of self-discipline, displacement and brutal physical hardship. Carlos Acosta makes dance look effortless, but the grace, strength and charm have come a cost - here, in his own words, is the story of the price he paid.

The life of the ballet dancer Carlos Acosta has all the hallmarks of a bestseller...in "No Way Home" Acosta's voice is instantly likeable, and you follow his discovery of the trappings of the west and his quest to make his name at the Royal Ballet with a mixture of wonder, respect and, crucially, affection