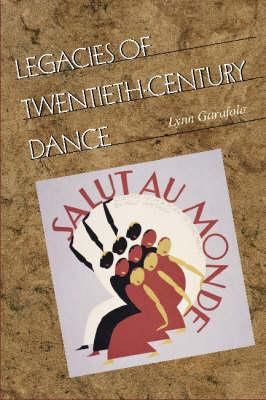 Lynn Garafola has written some of the most influential historical studies and criticism in the field of dance. Legacies of Twentieth-Century Dance is a selection of her essays and reviews that together document the extraordinary transformation of dance, especially ballet, since the early 20th century. Part I, "The Ballet Russes and Beyond," explores the relatively uncharted landscape of French ballet and European art dance in the early 1900s. Part II, "Reconfiguring the Sexes," focuses on women, such as choreographer Bronislava Nijinkska and dancer Ida Rubinstein, as well as phenomena that invite a feminist interpretation, such as the feminization of 19th-century ballet and the invisibility of women choreographers in ballet. Part III, "Dance in New York," examines the period when New York became not only the U.S. dance capital but also, by the 1960s, the dance capital of the world. Finally, Part IV, "Staging the Past," deals with issues of memory, reconstruction, and historical neglect. The book includes a generous selection of photographs.