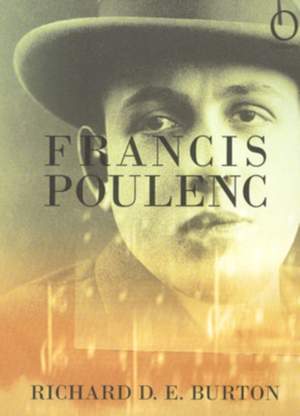 Richard Burton explores the extraordinary world of early to mid-twentieth century artistic gay Paris and in particular the links between Poulenc's sexuality, music and religious beliefs. This is the Paris of Cocteau and Radiguet, and of Dali and Bunuel, where the Catholic church was beginning to reassert its conservative morality as the influence of the French revolution and the Paris commune finally seemed to be on the wane -- a Paris where modernism and radicalism existed alongside reaction and religious faith. The disparate factors that came together in Paris during this period produced an artistic milieu quite unlike any other in Europe. And in the middle of all this was Poulenc, one of the greatest and most popular composers of the twentieth century.