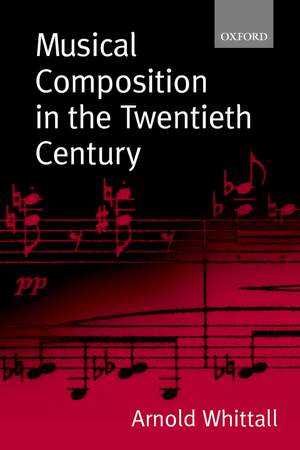 Musical Composition in the Twentieth Century

Musical Composition in the Twentieth Century builds on the foundations of Music since the First World War (first published 1977, revised edition 1988). It updates and reshapes the original text and places it in the wider context of twentieth-century serious music before 1918 and after 1975. The focus is on matters of compositional technique, with sections of detailed analytical comment framed by more concise sketches of a range of twentieth-century composers from Faure to Wolfgang Rihm. Extensive music examples reinforce this technical focus. Though in no sense a history of music concerned primarily with the institutional and critical climate within which composers live and work, nor an encyclopedia dealing with every significant composer, Musical Composition in the Twentieth Century offers a critical engagement with that confrontation between tradition and innovation to which twentieth-century composers have responded with resourcefulness and vitality.