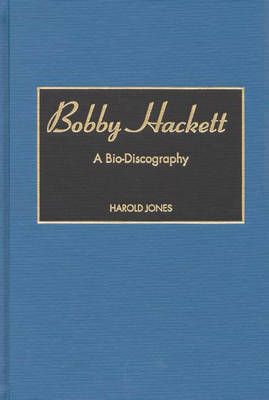 Considered an archetype among his contemporaries, the virtuosity of Hackett's performances places him among the greatest of jazz musicians. Bobby Hackett made his recording debut in March, 1937,with the Dick Robertson Orchestra. He performed with and led various musical groups and played accompaniment to many well-known vocalists such as Tony Bennett. As a performer Hackett played the cornet, trumpet, and,occasionally,the guitar. This bio-discography offers a thorough perspective on Hackett's recordings and performances and traces his career and varied accomplishments.

The indexes that accompany the extensive discography span a vast area of jazz and popular music and include such popular names as Louis Armstrong, Teresa Brewer, Jackie Gleason, Benny Goodman, Glenn Miller, and others who featured in Hackett's career. Concise and informative, this current compilation of Bobby Hackett's recordings and performances is an important research guide for anyone interested in Bobby Hackett's career and to jazz enthusiasts and musicologists.