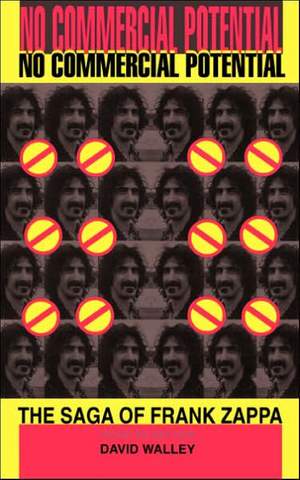 No Commercial Potential: The Saga Of Frank Zappa

For nearly thirty years Frank Zappa (1940-1993) pursued an idiosyncratic but influential course in music,rock, jazz, and classical composer (releasing over fifty albums) founder of the Mothers of Invention guitarist, conductor, and producer as well as social satirist, sonic scientist, First Amendment champion, and all-around iconoclast. This updated edition of David Walley's cutting-edge classic includes a new foreword, a substantial chapter carrying the Zappa saga through his death from cancer, an afterword, bibliography, discography, videography, and guide to Zappa on the Internet. From 1960's Freak Out! to the posthumous Civilization Phaze III, No Commercial Potential offers converts and connoisseurs the most practical and penetrating book ever written on the musical phenomenon known as Frank Zappa.