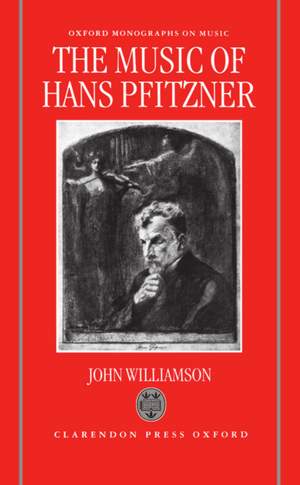 The Music of Hans Pfitzner

For many reasons Hans Pfitzner was and remains controversial. This stems partly from his difficult personality, and partly from the nationalistic context in which are set his cultural beliefs. His music has also tended to be coloured by such labels as conservative and romantic. Yet he actually has a wide reputation for his `musical legend' Palestrina, and there is much in his output which sets him as the true heir of Wagner and Schumann. This is the first study in English of Pfitzner's output. It sets his music in the context of his cultural opinions, which, though conceived as reflections on music, have acquired a more political status to which the history of Pfitzner's times has contributed. It offers a revaluation of his music, partly in order to reveal the innate value of his stage works, chamber music, and songs, and also to illustrate the historical importance of his ideas, which reflect a German conservative tradition which was taken over and nearly destroyed by the Third Reich.