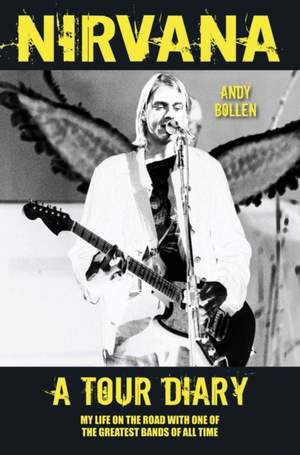 When Nirvana first exploded onto the music scene in 1991 with the anthemic `Smells Like Teen Spirit', few people could've predicted their subsequent global impact. As drummer for the British group Captain America - one of the two support bands on Nirvana's Nevermind UK tour - Andy Bollen had a ringside seat at the exact moment that Nirvana went massive. Afforded the sort of access a journalist could only dream of, Andy Bollen wrote up his own personal diary in Nirvana's dressing room. Here, he spoke candidly to Cobain: from his fears of losing original fans to his love of the Bay City Rollers. He saw firsthand how Nirvana worked, the relationships that made them tick and the dynamic that made them one of the great bands.