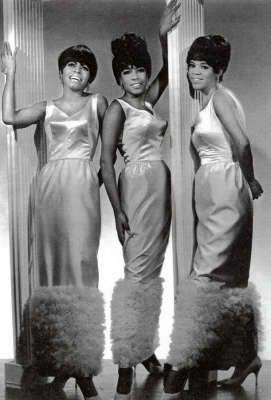 Dreamgirl and Supreme Faith: My Life as a Supreme

More than 40 years ago, three girls from the Detroit projects made the world 'Stop!' and take notice of their fresh harmonies and classy style. Cultivated by the Motown star machine, Mary Wilson, Diana Ross, and Florence Ballard popped onto the charts with hits like "Baby Love" and "Where Did Our Love Go" and made the Supremes not only a household name, but rock and roll legends. The story of their journey to fame is one that fairy tales are made of-complete with battles, tragedies, and triumphs. It's a story that only one of the founders of this talented trio is able or willing to share with the world. In Dreamgirls & Supreme Faith: My Life as a Supreme, Supremes' co-founder Mary Wilson boldly brings to life all the intimate details of the group's struggle to top the charts. This is the first book to tell the complete story of Mary's courageous life from childhood through the height of the Supremes, to the turn of the century. This beautiful paperback edition combines the best-selling Dreamgirls with the sequel, Supreme Faith: Someday We'll Be Together, for the first time in one volume. The new afterword brings Mary's intriguing story up to date with details on. . . * The tragic car accident that claimed her son's life * The death of her mother, Johnnie Mae, and her dear friend, Mary Wells * Becoming a grandmother * Making her peace with Berry Gordy and Diana Ross * Being inducted into the Rock and Roll Hall of Fame and receiving a star on the Hollywood Walk of Fame The Supremes wonderful music isn't the only thing to remain in the public's mind. Diana Ross' push for dominance in the trio has become legendary. Mary Wilson speaks candidly about Ross' tactics to latch onto Berry Gordy, and force her will on the group's activities. For example, while on the early tours, Diana would threaten to call Gordy from the road if the men on the bus didn't behave to her approval. She also openly pushed for Flo's removal from the group. Wilson also openly shares her thoughts on . . .The group's never-ending b