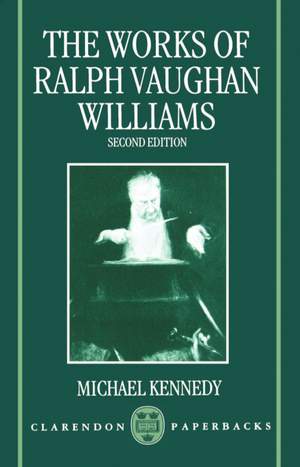 The Works of Ralph Vaughan Williams

This is the authoritative account of Vaughan Williams's musical life - the story of a great composer's career, and at the same time the story of music in England over half a century and more. Kennedy considers the principal works in chronological order, outlining the main features of each and discussing details of the music's structure, often illuminating his point with a musical quotation. He also provides a good deal of biographical data, and so builds up a picture of the composer, as well as providing thumbnail sketches of many of Vaughan Williams's friends and colleagues. Kennedy's extensive knowledge of Vaughan Williams's output also enables him to refer back and forth across the works to pick out lines of development and influence. The book includes a full classified list of Vaughan Williams's works. Michael Kennedy has provided a new preface.