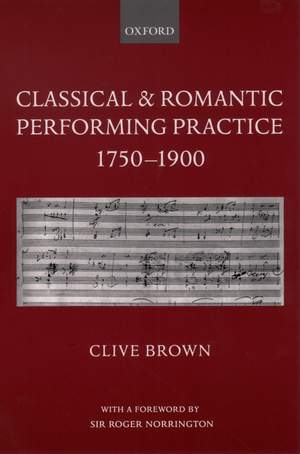 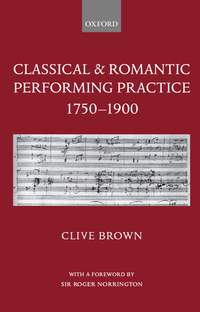 The past ten years have seen a rapidly growing interest in performing and recording Classical and Romantic music with period instruments; yet the relationship of composers' notation to performing practices during that period has received only sporadic attention from scholars, and many aspects of composers' intentions have remained uncertain. Brown here identifies areas in which musical notation conveyed rather different messages to the musicians for whom it was written than it does to modern performers, and seeks to look beyond the notation to understand how composers might have expected to hear their music realized in performance. There is ample evidence to demonstrate that, in many respects, the sound worlds in which Mozart, Beethoven, Wagner, and Brahms created their music were more radically different from ours than is generally assumed.