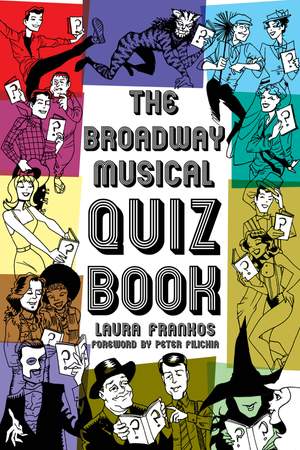 The Broadway Musical Quiz Book includes nearly 80 quizzes on every aspect of the Broadway musical, including sections devoted to the careers of major Broadway stars, songwriters, directors, and producers, ranging from Ethel Merman to Stephen Sondheim. It also features thematic quizzes - such as musicals set in France, adaptations from literature, food and drink, British shows, references to sports, biographical shows, and jukebox musicals - and quizzes covering each decade from 1900 to the present. With over 700 shows mentioned, and over 1200 questions, The Broadway Musical Quiz Book is detailed and thorough: the answer section doesn't merely list the answers, it provides further information on the quizzes' subjects (and often on wrong answers too!). The Broadway Musical Quiz Book is more than just a compendium of trivia; it's a anecdotal history of musical theatre, with something for everyone who loves The Great White Way!